Did you take any photos during this event? If so, load them on Google Photos, or similar, and send us the link and we'll put it here.
Please be sure to check back as more photos will be added to this site over the next week or so.

Coppus no catch us
Doggus no bite us,
Hares do delight us

In the name of the flour, the ale
And the shitty trail

Which way is on out?

Septic Yank and Math Sucks were the hares, Rectal Room Mate was the RA, Hazukashii was the FRB, O4 Whore was the FBI and Septic Yank was the Brainless Award winner, again. Septic Yank drove the beer vehicle to the beer stop and Rectal drove it to the end. Yours truly, Dabadoo, acted as Beer Meister, Hash Cash, On Sec and Hash Flash.

It was a gorgeous, sunny, classic Florida day....apparently difficult to drag many people away from the beach to meet at a dead end trash dump for trail, but the lure of Septic’s southeast Asian hash heritage drew out the diehards. Virgin Hannah and Virgin Lexi appeared out of nowhere to make history at the first JRH3 hash with a majority of harriette runners- OK there were 3 but, you know, quality over quantity.
After Septic attempted to kill the pack with poisonous gas during a chalk talk in which he utilized a rotten sofa as a chalkboard and dog poop as chalk, the pack was off to find the first mark. An arrow pointing straight back to the start. An ominous omen...

After several miscues the group made its way through the shiggy to emerge to yet another arrow....pointing the wrong way. Not one to be distracted by by actual trail marks, Hazukashii blazed ahead ... thinking the presence of the hares on trail was a beer stop, he veered off again and disappeared. The hardy harriettes picked their way through a huge section of shiggy as only girls (who are well acquainted with toilet paper) can do.
The pack eventually arrived at the actual beer stop where Septic Yank insisted on a group picture next to a car that he remembered from childhood, or maybe as a taxi in Cuba, and sent the pack on its way.
Having utilized all their trail marking material for random photo stops and shiggy, the hares were left to mark the remainder of trail with a single piece of blue skinny chalk and 2 oz. of flour. Luckily there was only about 3 miles left...and it was dark. 4 hours later, the pack stumbled in by following the one plop of flour laid every half mile and the arrows that Septic scratched onto the pavement with the blood from his knuckles. Always smarter, the walkers were already in, having followed the (wrong way) arrows and simply returned to the start to enjoy a frosty beverage.

In circle we were entertained by stand up comedy from the virgins and O4 Whore made a valiant stand to maintain her weeks-long domination of the brainless award ...only to be unseated by... Septic Yank, who also set a precedent in that his co-hare was deemed exempt from sharing it.
On-On to the next shitty trail!

Hola mi amigos . . . it was a miraculous day, Septic Yank finally hared a trail. After hearing all those stories of his prowess of trail setting in the Philippines, we finally got to see his amazingness in person. Although the trail had . . . shall we say . . . a certain déjà vu feel to it, our rousing pack of a dozen or more hounds enjoyed a fun romp around South Tampa. Not only that, it was Septic's 100th JRH3 trail, and joining him in celebration was 2 Rung who tallied up his 69th. Well done to Math Sucks for co-haring, she got blessed to learn directly from the master. Just wait and see how her future trails are impacted. In the end, it was just another S H I . . . T T Y . . . 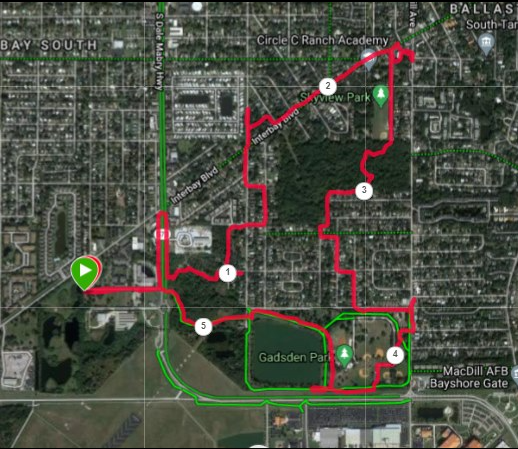 Where: Meet in the circle at the end of the street, at approximately 3812 Pinewood St, Tampa, FL 33616, https://goo.gl/maps/mBpavvD7aTu. Its the last street on the right just prior to entering the Mac Dill AFB's Dale Mabry main gate. 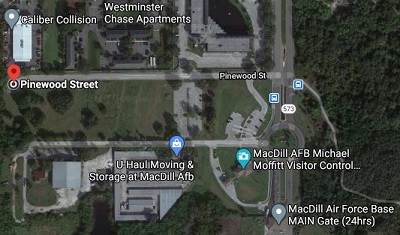