GRC & Dab were the hares, Rectal Room Mate was the RA, Dark Helmet acted as Hash Cash & On Sec, Whiney Bitch was the FRB, 2 Thighs was the FBI and Clock Blocker was the Brainless Award winner.

Theme: This is a Bicylcle Hash (Bash) at the beach. Bring and ride a bicycle on trail unless you are a very, very strong runner. Or, we can give short cuts to those desiring to do trail on foot. 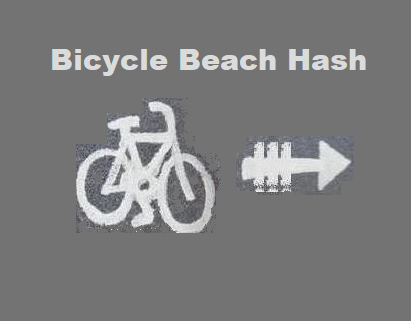 Hash Hotel: Satellite Motel of Treasure Island, 11205 Gulf Blvd, Treasure Island, FL 33706. Rooms are $55 to $67 per night. But you must put your reservations in quick before they sell out!

On After: Sloppy Joes, on the beach, located in the Bilmar Beach Resort, 10650 Gulf Blvd, Treasure Island, FL 33706, https://goo.gl/maps/KEgZrb1NftK2, ½ mi south from the start. A great place to eat and watch the sunset!