Will Sing For Head

Purple Penis Eater & Holey Poley were the hare, F'ckleUp was the RA, Just Ben (G) acted as Hash Cash, and On Sec, These Are the Tits You Are Looking for acted as the Raffle Meister, Manchowder Cha Cha was the FBI, Masturbator Interogator was the FBI and Just Ben won the Brainless Award. Just Ben was also named Bloody Sanchez. And, Cha Cha and Kittly Litter won prizes for finding the crosses on trail. GRC was a case of Miller Lite for answering the question of when the 12th day of Christmas was (Jan 6th), the day of Epiphany. So Christmas is over now, take down your trees, lights and other decorations.

Theme: Join Purple Penis Eater in celebrating her Beer Day and search for an Epiphany cross on trail and win a prize! 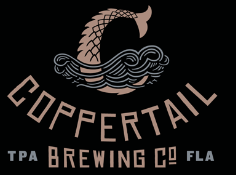 On After: Coppertail Brewery, back at the start.