Dab was the hare on this board ship ship A to A trail starting from the Starquest Lounge. Trail went to the forward most location on Deck 12 for a photo op as we passed under the Sunshine Skyway Bridge and them back to the Starquest Lounge. Trail was less than 1/4 mile, although Shitty Names GPS says it was a lot longer than that (see below) During trail X was the FRB, Y was the FBI and Z won the Brainless Award and Shitty Name was the RA. 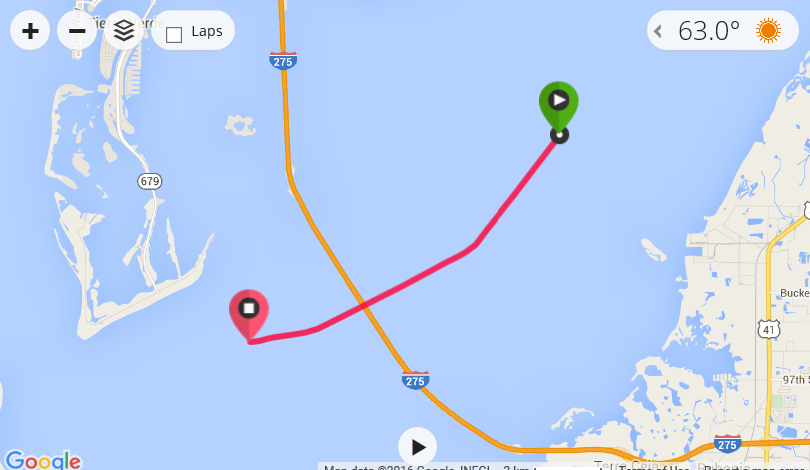 The Key West H3 provided the hares for this trail, in Key West starting from Malory Square. Trail went to the US Southern Most Point and then ended close by where the Key West H3 RA and one of the JRH3 RA's, Kittly Litter co-RA's. This was a 4+ mile tral. X was the FRB, Y was the FBI and Z won the Brainless Award. Immediately following trail was a pub crawl that visited seveal bars up Duval St, back towards the ship. See below for the map of the actual running trail. 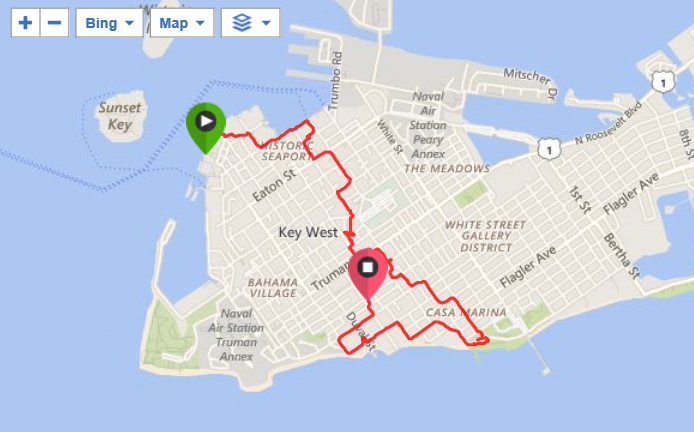 O4 Whore & 2 Thighs And A Side were the hares, Kitty Litter was the RA for this on board ship trail that started from the Solarium (indoor pool & hot tub) othewise known as Hash Central. Trail was about 1 mile long going from one end to the other on several decks and ultimately ending on 12th deck where hashers were invited to walk the plank and slide down into the pool below. X was the FRB, Y was the FBI and Z won the Brainless Award. See below for trail. 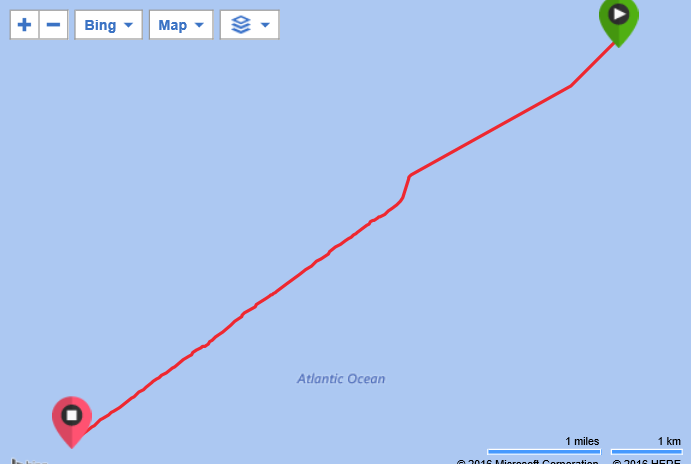 The Pickle Maker and Fux Capacitor were the hares and 2 Thighs And A Side was the RA for this trail that started for the parking lot of Paradise Beach Resort. Trail A to B trail was about 2 miles long and ended across the street from the the start in an open field. Gockle Stumper was the FRB, Tight Lips was the FBI and Thar She Blows won the Brainless Award. See below for trail. 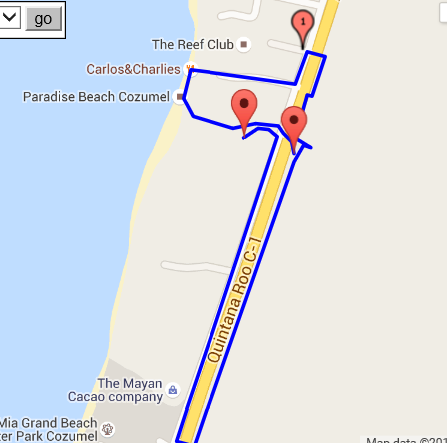 This was a Beer Mile Hash, conducted by the No Strings Attached H3, on the running track, located on deck 12 aboard ship. See map below. 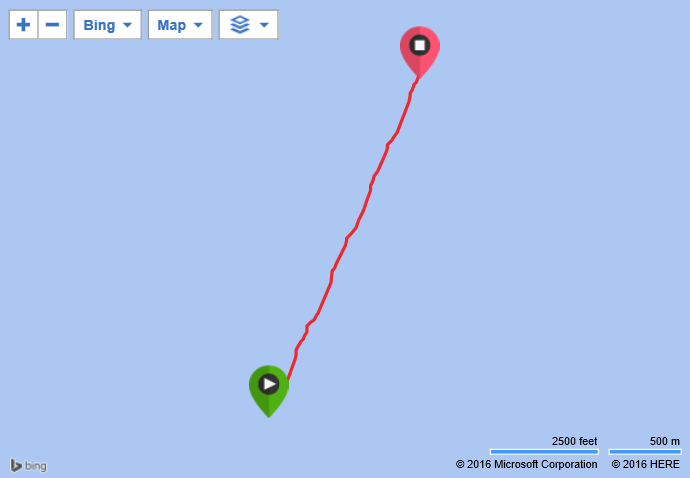 FYI, in case you haven't figured it out yet, these on board ship trail routes are supposed to be funny, as they were created using a GPS that only shows the route of the ship and not the actual route aboard ship, Lol.

The O4Whore & 2 Thighs And A Side were the hares on this on-board-ship cabin crawl that visited 7 cabins ship. Trail started from the Wind Jammer Annex where we played hash games and conducted a hash raffle for about 3 hours prior to tail. X was the FRB, Y was the FBI and Z won the Brainless Award. See below for trail. No map was available, but it was mostly about Decks 9 and 10 and ended next to the Solarium in a rotunda. Sorry, no GPS map available.

The next Jolly Roger H3, Pirate Invasion Hash Cruise will be out of Port Canveral, FL (on the east coast) from Sat, Jan 28th - Sat, Feb 4th, 2017. This will be a 7 day, 4 destination cruise where we will be invading Amber Cove, Dominican Republic, St Thomas, US Virgin Islands, San Juan, Puerto Rico, Grand Turk, Turks and Caicos. Keep an eye on the JRH3 website for details.