Pick Up Hash Blessing  (not used)

Just Monica (P) was the hare with Liquor In The Front Poke Her In The Eye as her co-hare. Thanks to both of you, especially Liquor acted as Just Monica's trainer. Shitty Name was the RA, Access All Areas was the On Sec & Hash Cash, 2 Thighs was the Hash Flash, Liquor drove the beer truck, out-of-town visitor Godzilla was the FRB and Lumberjack Off was his FBI (carrying the plastic chain for Access All Areas). And HPV got the Brainless Award for calling the same raffle ticket numbers several times and some not at all when running the hash raffle. Out-of-town visitors  JRH3 1st Times and virgins included,  Virgin Roxanne(?), Virgin Deb (?), Just Cheryl(?), 315AcreLot, Be A Pisse, Bubba Gump and Godzilla attended. Gone too longs - Pin Cushion, No Wake Zone, Ping Pong Penis Paddler, Top Gun Target and Jast Sandhya (M) also attended. Afterwards, both hares pitched in on food and a some pitchers of beer at the I Don't Care Bar & Grill for the on after.

Trail went east, south, west and then north back to A. 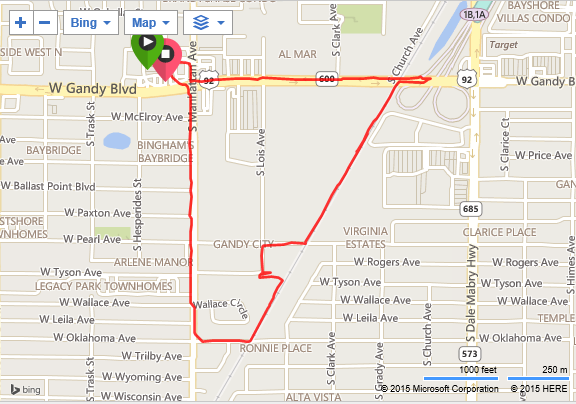 Where: Meet in the NW corner of Gandy and Manhattan about 40 yards behind the Applebee's, located at 4411 W Gandy Blvd, Tampa, FL 33611, https://goo.gl/maps/qVZ3P. Its across the street from Hooter's. 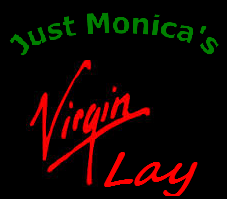 Directions: From I-275 & Dale Mabry Hwy, in central Tampa, go south on Dale Mabry for 4.2 miles. Go right on Gandy for .9 miles and find the parking lot on the right, just after Manhattan, https://goo.gl/maps/m64oQ.

Safety: Watch out for safety hazards along trail! Try to stay with the pack, or at least one other person. Nobody should ever do trail alone. If you see anyone behind you, alone on trail, slow down and wait for them.

On After: The on after will be at the I Don't Care Bar & Grill, located about ¼ mile north of the Gandy at 4556 S Manhattan, Tampa, FL, http://goo.gl/maps/yX8KQ. Suggest you to leave your cars at the start and walk to the on after as there is limited parking there.

Hare: Liquor In The Front Poke Her In The Eye & Just Monica (P) will be the hares.

: $7 for beer drinkers and $4 for non-beer drinkers. Christmas  Hash Raffle: Bring all that stupid stuff you got for Christmas that you don't want and put it in the raffle along with old hash stuff, etc. One hashers trash is a pirate hashers treasure! Its kind of like a gift exchange, except its by raffle and you don't have to bring something to get something.