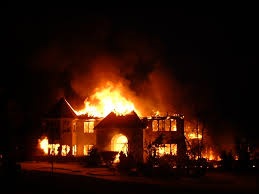 Gritty Kitty & Access All Areas were the hares, Rectal RoomMate was the FRB and the FBI and U-Drive won the Brainless Award.

Omg, Gritty you out did yourself on trail yesterday. Trail, and the OnAfter were fabulous, Wonderful and a Joyful day for all. I'll remember the Epic Tippy Cup Tournament for the rest of my days! Your home is lovely. Thank-you for all you and friends did for silly Wankers!!

Here Here to that Gritty you have a wonderful home and I was honored to referee the epic struggle lol ;-) one two three go tehe tehe tehe ;-) Great trail you definitely know how to show a gal a good time. Luv you and thank you for a much needed awesome night!

I have a huge bruise, cuts and scrapes and still had leaves in my hair today from my face plant while Penny chased the squirrel! What a terrific trail and on after with all of the neighbors. However, the open bar at the brewery was epic! Thanks for such a fun night!

This was about a 3 mile trail that started at Gritty Kitty's house, went WNW for a combined shot stop & beer stop in Rivercrest Park, which is located next to the scenic Hillsborough River. From there trail went SW for a 1 hour stop at the Cold Storage Brewery where we all sampled the many beers they brew there. Light sandwiches were also served. Trail finally ended back at Gritty's house, but we actually did circle across the street in Gritty's neighbor's side yard next to a bonfire. Circle started with a hash raffle. Then trail trial commenced resulting in about 80% thumbs up. Extended Dick Network was awarded a 10 run bandana (although this was actually his 12th JRH3 trail) and Finger In The Queen got his 69th run bandana. Rectal won both the FRB and the FBI award for acting so bitchy about getting the heavy chain (I think). And finally, U-Drive won the Brainless Award, but I have no idea why. After circle we went over to Gritty's house for some finger foods, continued beverage and some championship tippy cup. This was indeed a warm house warming party as tippy became quite a steamy exhibition. All in all it was just another shitty hash.

Wear something (in)appropriate for a tea party (Gritty's house used to be a "Tea House", get it?). It could be something lady-like, princess-ish, Alice-in-Wonderland, living-doll, etc....It's primarily Gritty's housewarming party though, so if you feel inclined to bring something, please make it consumable because she has hoarded wayyyyy too much shit already! No costume, no consumables, that's okay too. Just show up and have a blast at the naughtiest house warming tea party in town! Don't let the tea party part throw you as there will be lots of beer.

https://goo.gl/maps/1Vvho, at 5 PM, chalk talk at 6 PM. Park on Gritty's property, on the street, as well as 3 of her neighbors property, to be identified when you arrive.

Gritty Kitty & Access All Areas will be the hares.

Hash Raffle: Its a regular JRH3 Saturday hash, so yes, there will be a hash raffle! One hashers trash is a pirate hasher's treasure. Bring stuff to donate if you'd like, or not. In particular, we are looking for those "special" DVDs to be re-circulated that ya'll won at previous hash raffles. Bu other stuff will do, like old hash mugs, old hash T-shirts, a toaster you no longer want, etc. Just about anything will work. Its mostly just the junk you lost during a hash and wound up in the hash van. So, if you're missing something, come to this hash and you may very well find it in the hash raffle.

On After: The on after will be at Gritty's house, back at the start where there will be food and continued hash beer for an additional donation (see "Donations" below) and crash space available (futon, spare queen bed, and plenty of floor space).